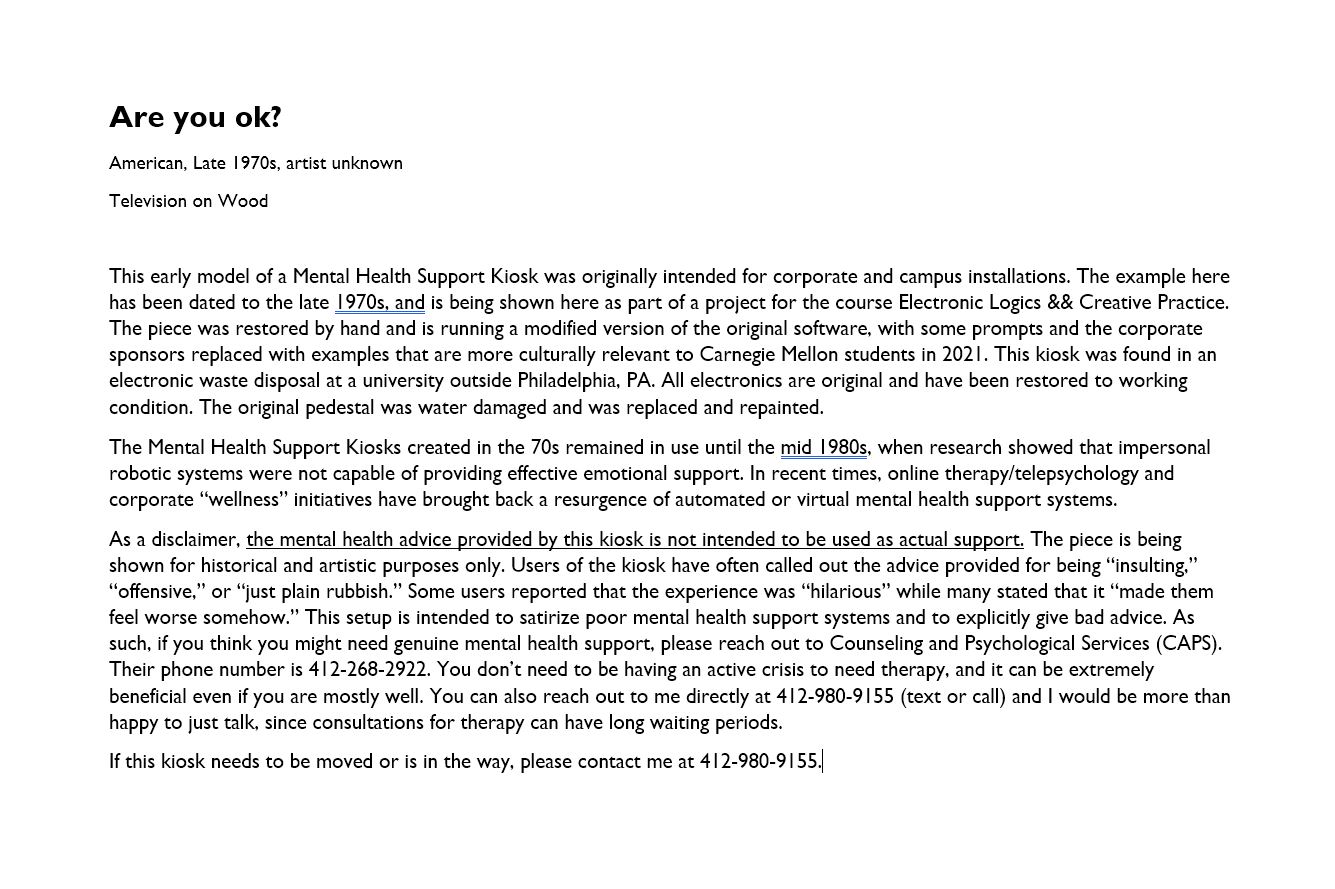 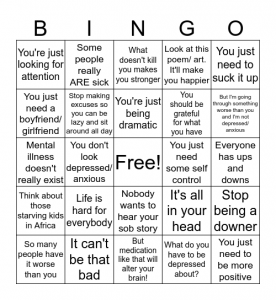 “are you ok?” is a satirical implementation of a mental health support kiosk from the 70s. The inspiration for this project came from the feelings of frustration and alienation that come from dismissive, canned responses to serious mental health issues. The bingo card above would feel a bit too familiar to anyone who’s been through depression, anxiety, or other mental health issues. People often don’t know how to provide good support and end up gaslighting, diminishing your experiences, or providing dismissive advice like “take a deep breath.”

Good mental health support requires listening, validating, and responding thoughtfully. The biggest requirement for being a good supporter is simply empathy – you don’t need to be a therapist for this. The kiosk breaks all the rules, because it

The design of the kiosk is hostile, but very simple and “corporate.” The voice is distorted and robotic, and the CRT TV monitor is staticy and industrial, with small white text on a black screen.

The interaction is simple. In its idle state, the kiosk simply displays “are you ok?” with blinking options for “yes” and “no.” Answering yes will terminate the session, but answering no will kick off a series of prompts that attempt to provide mental health support.

Prompts are printed to the monitor sphere on the top of the kiosk in small white lettering, and read aloud by a robotic voice using the TV speakers. After each prompt, the user can select “yes” or “no” again to continue the interaction. Eventually, the user might end up on a prompt that is simply advice such as “Try getting more sleep” or “consider applying to graduate school” or “try chamomile tea.” Answering yes or no here will terminate the session, and display “Thank you for using this mental health support kiosk. We hope you are feeling better.”

The kiosk will reset if inactive for 15 seconds. While it’s running, the prompts are printed on my laptop so I can see what people are selecting even if I’m not within earshot.

The video below shows an example interaction, and the video at the top shows a longer series of prompts.

I showed this in Gates and outside Purnell. Both times, we setup the kiosk in the middle of a walking area where we would get a fair bit of foot traffic, then sat nearby watching people interact with it. I printed a fake museum card to attach to the kiosk (see above) with a long-winded fake backstory that described it as a restored object from the 1970s.

Interestingly, demographic differences were very apparent in how people interacted with the kiosk. Outside Purnell, we had a lot more students laughing at the humor of the project, and most people engaged with the “depression” tree the most. At one point, a group of drama students went and grabbed their friends to show them the kiosk. A few parents used it! When we showed it in Gates, most people engaged primarily with the “stress” tree, and seemed more confused and frustrated by some of the prompts, but still usually ended up laughing at the end.

Most people were a bit nervous at first to answer it, and would kind of tentatively press the buttons at arms length. After the first prompt though, they’d get a bit more casual and start to actually engage fairly deeply with it. I was worried that people would be uncomfortable using it in public, but it turned out that a lot of people were very willing to engage with it either alone or with their friends. People would hang out and watch other people use it while reading the fake “artists statement” on the side, and try to explain their theories about where it came from.

The responses deeper into the tree tended to get a lot more abusive and emotionally painful to interact with. This was the “gaslighting” part of the tree, that asked users if they were “sure they were depressed,” making claims that they were “didn’t seem depressed,” or were “bringing down the vibe,” or that they were “using this kiosk to get attention.” It was interesting seeing the groups move from lighthearted responses to the more aggressive ones, since they would transition between laughter and clearly being uncomfortable. I think it was worth including that part of the tree, but it was really painful to watch random people engage with it. 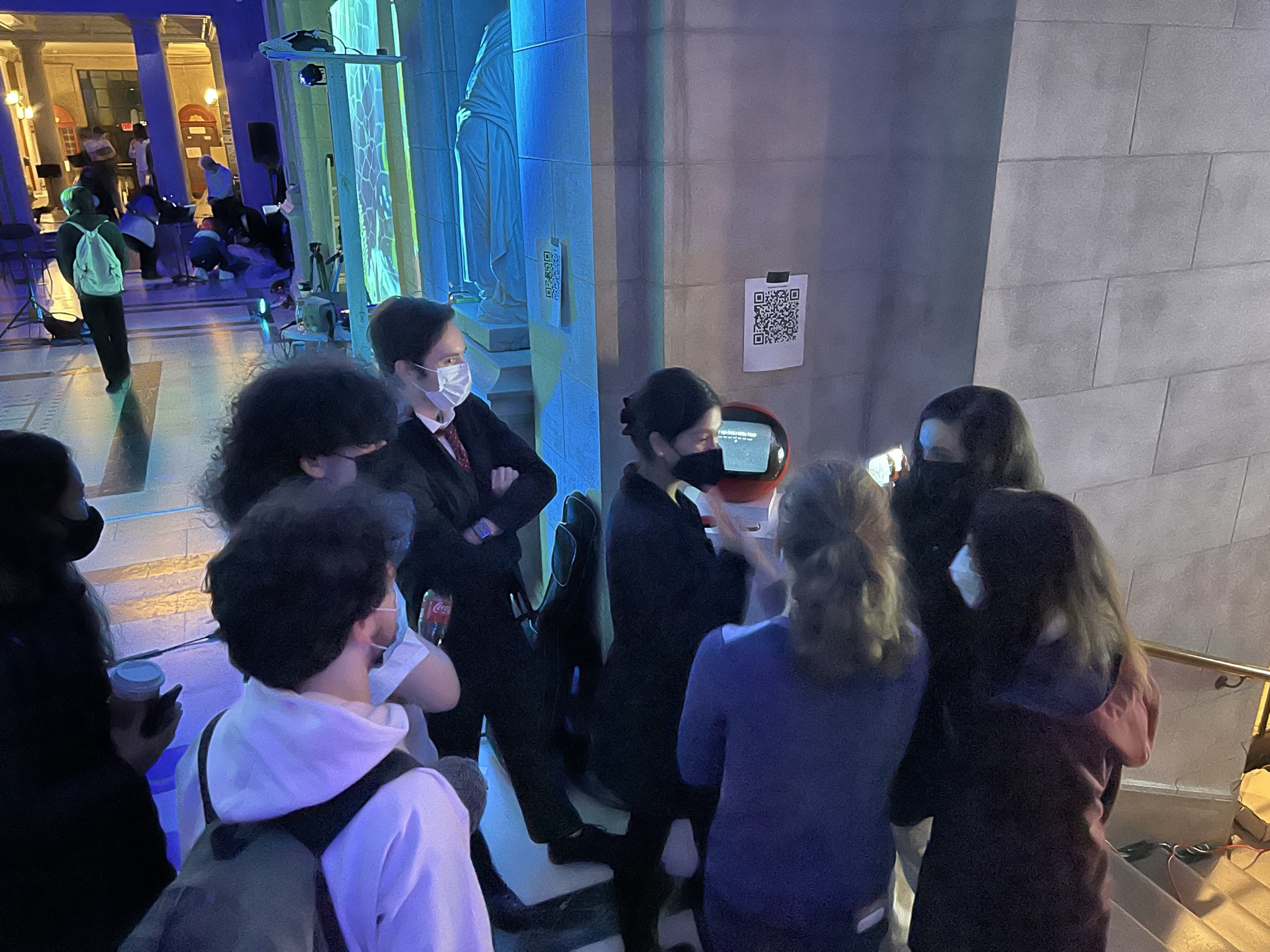 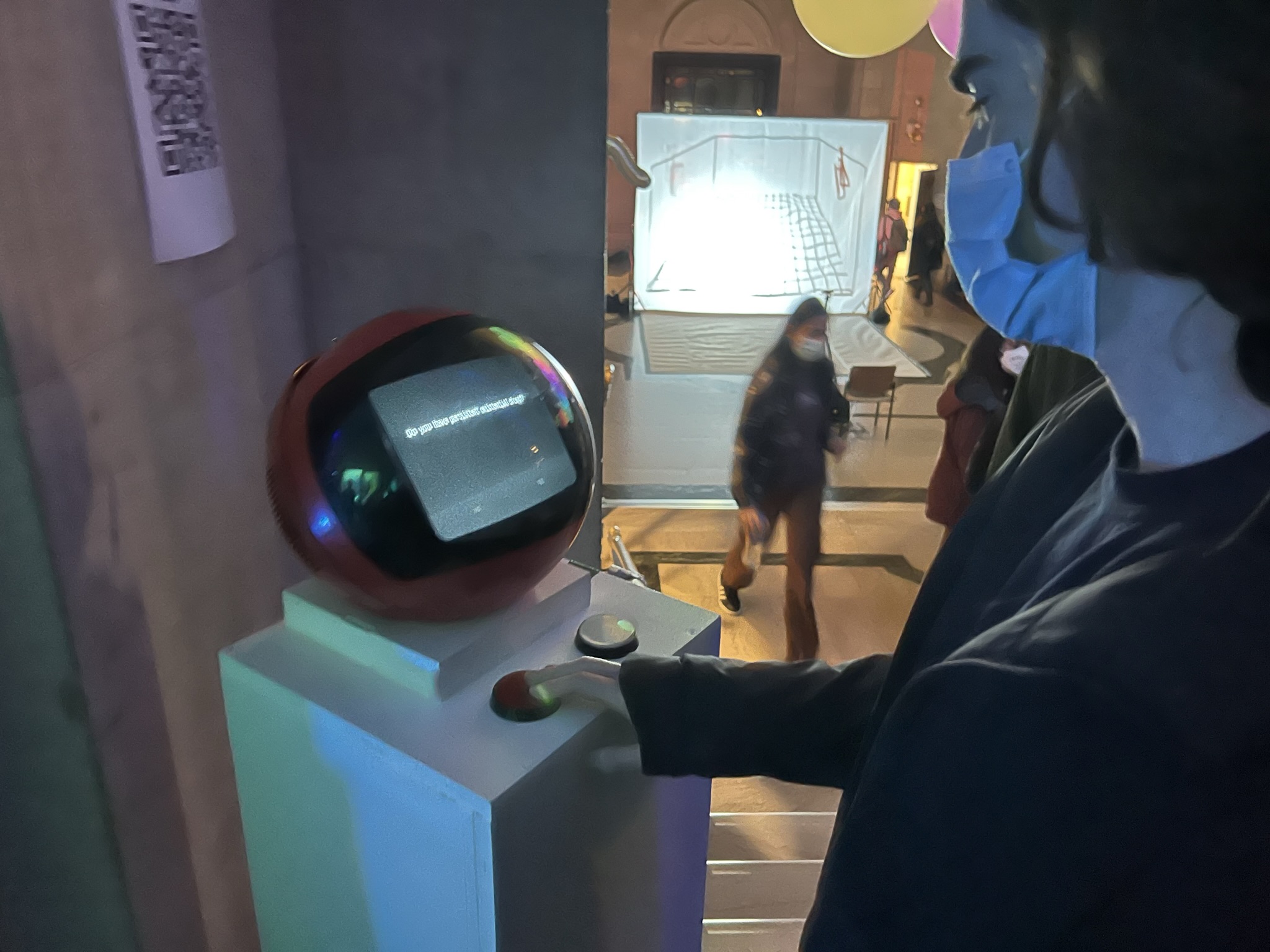 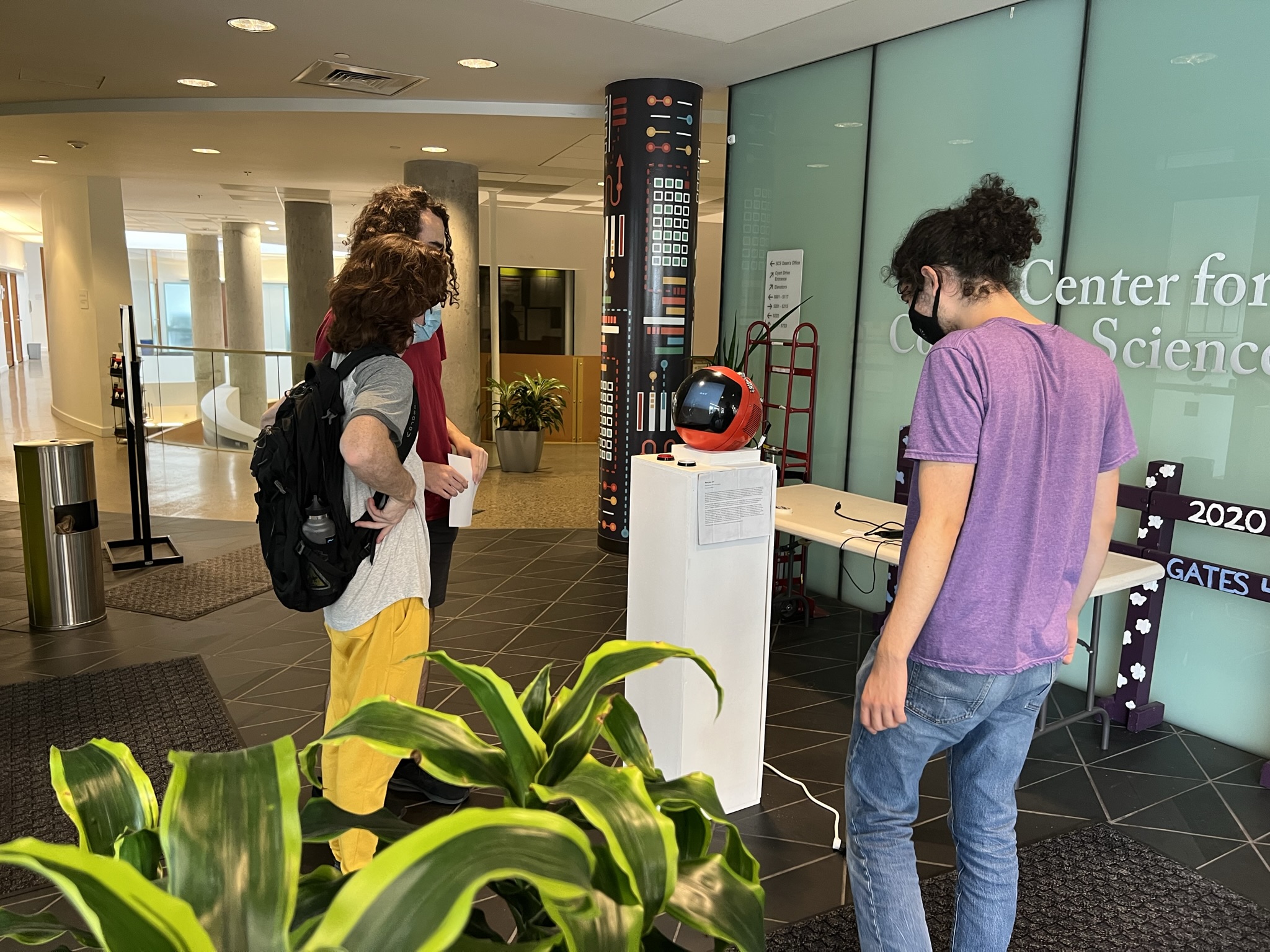 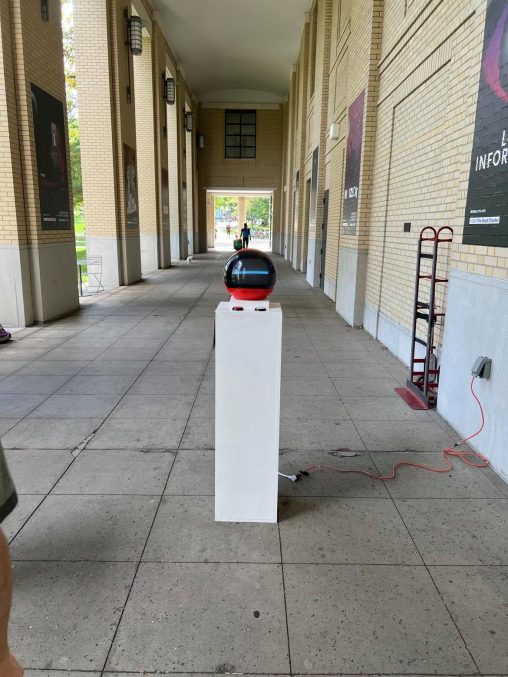 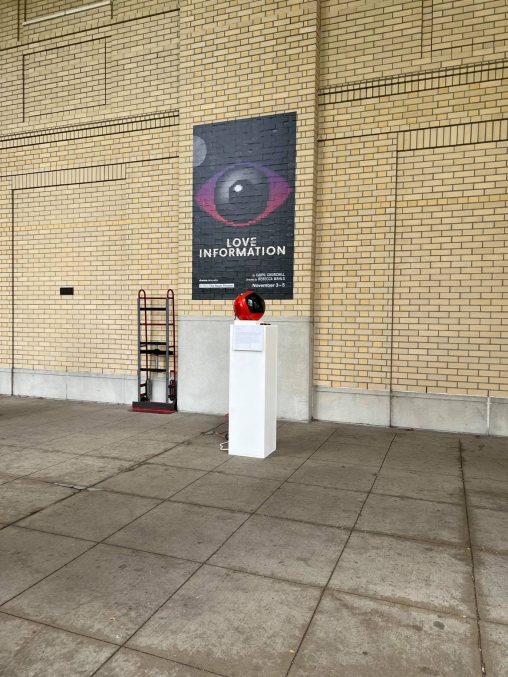 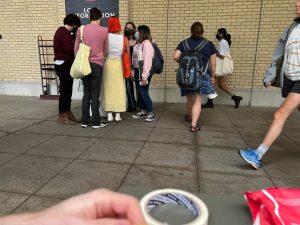 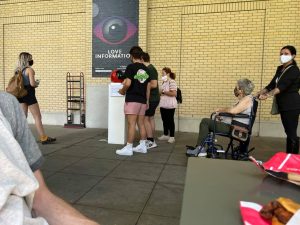 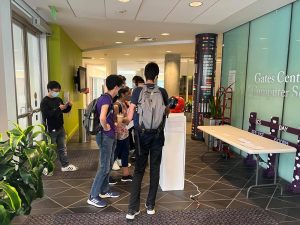 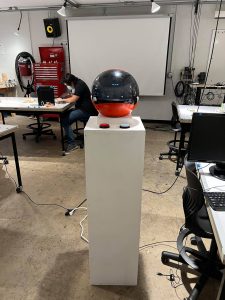 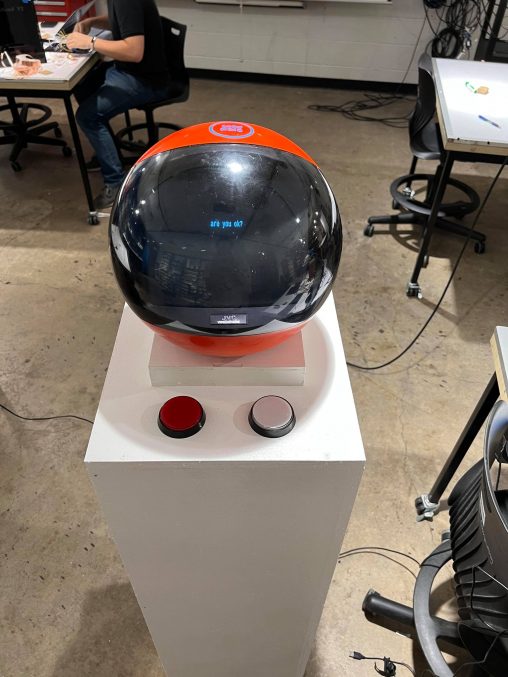 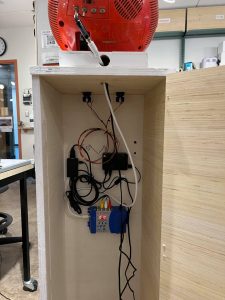 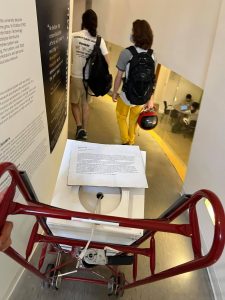 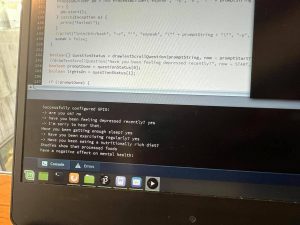 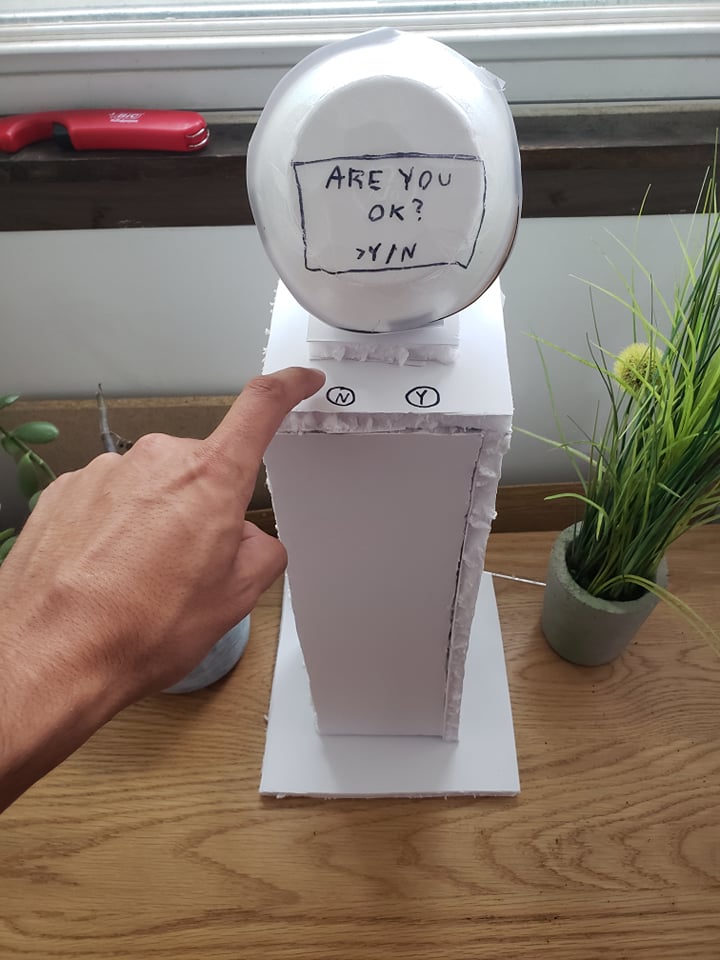 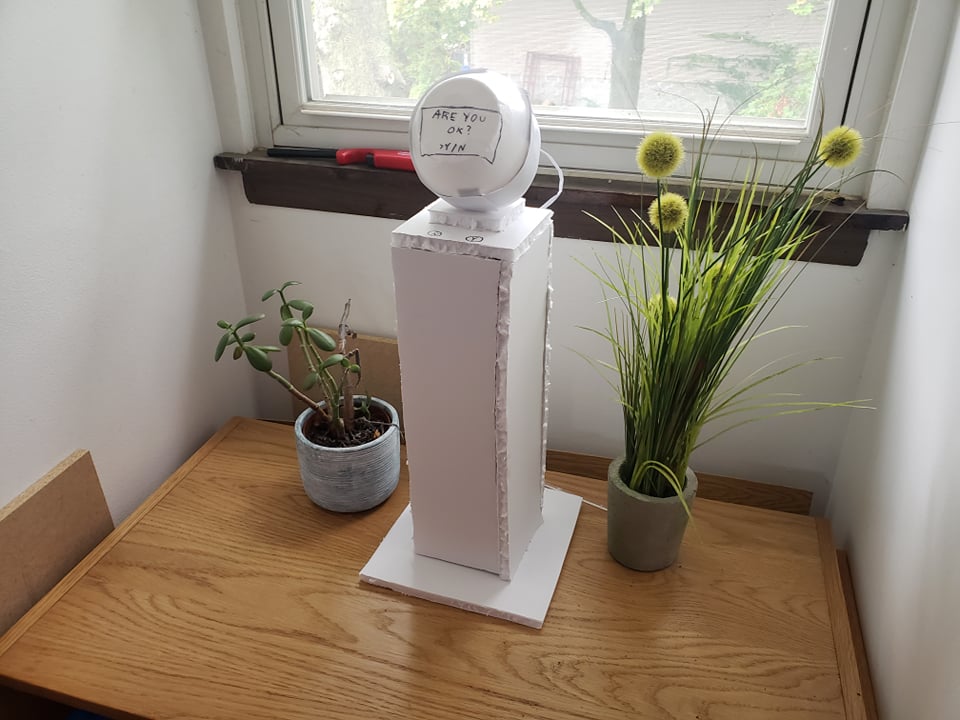 I found a JVC Videosphere TV from the 70s to use for the kiosk display. Using a UHF modulator it’s able to accept HDMI! 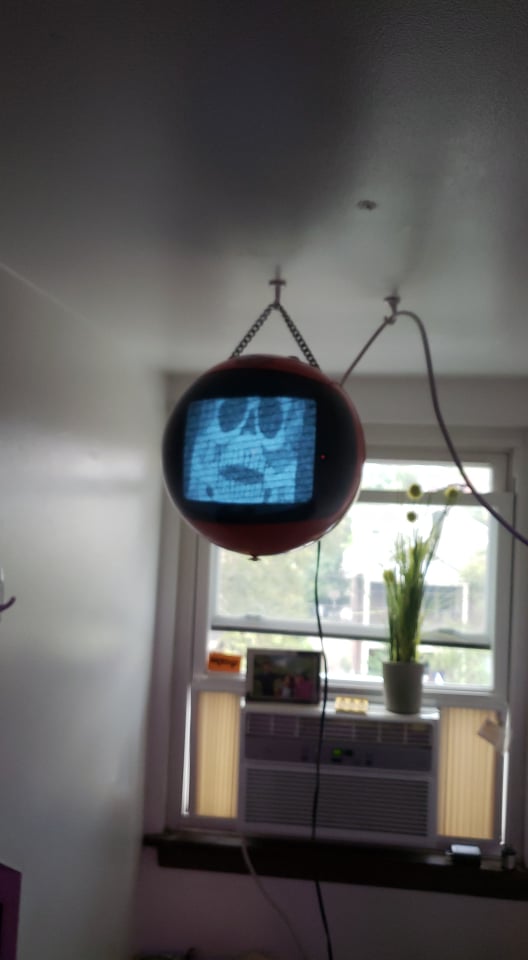 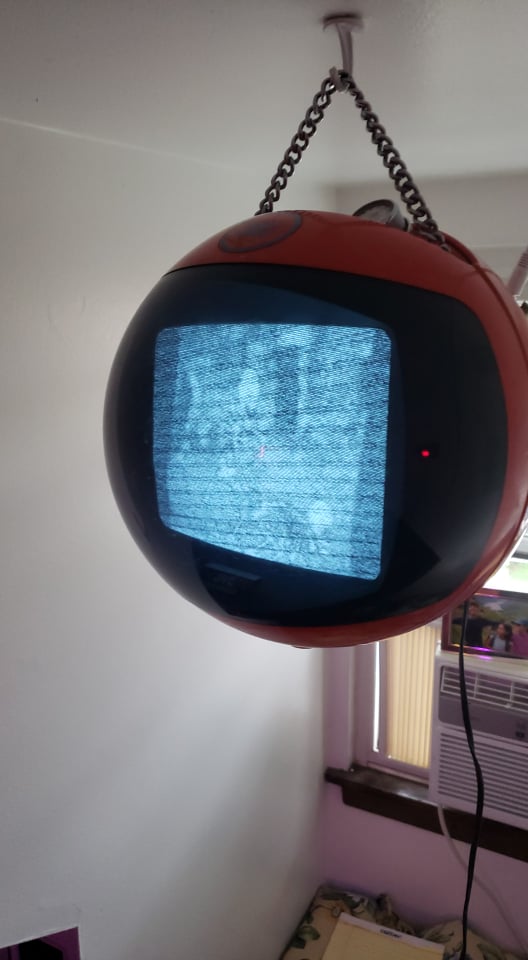