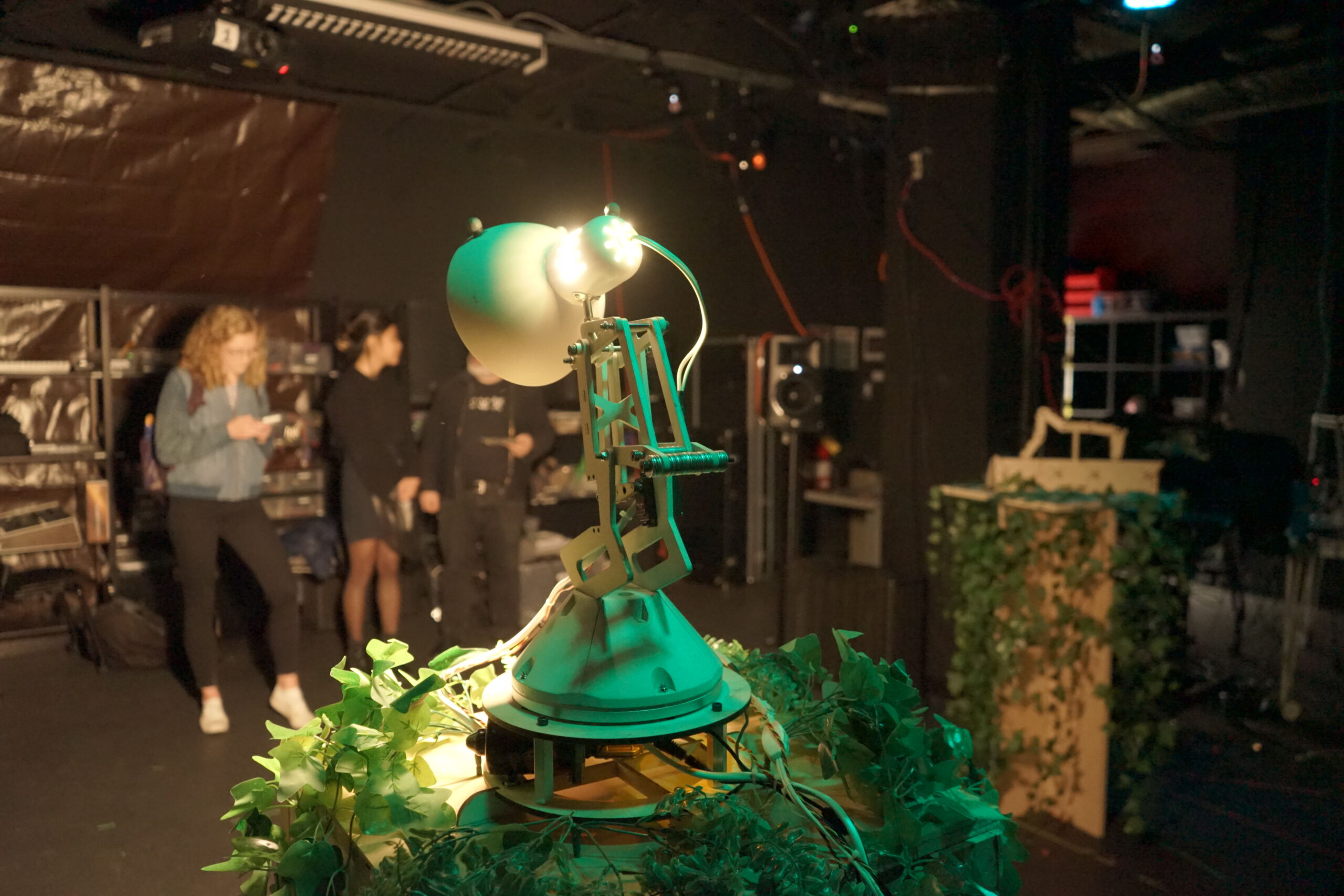 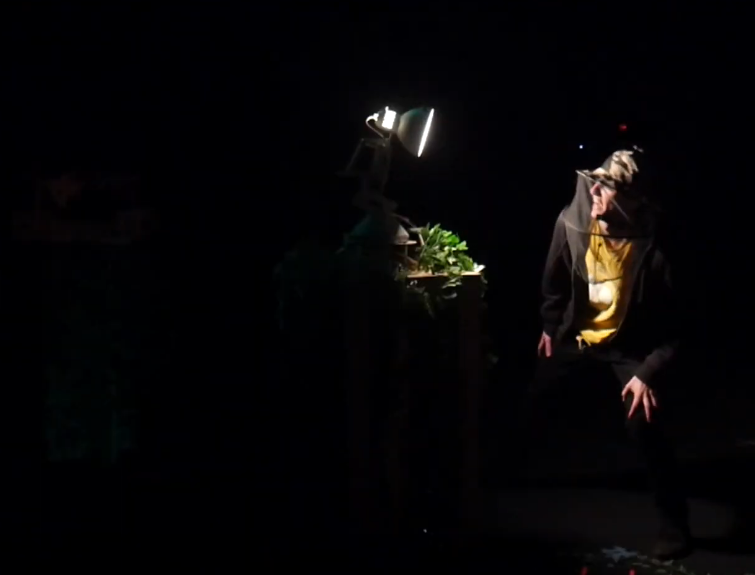 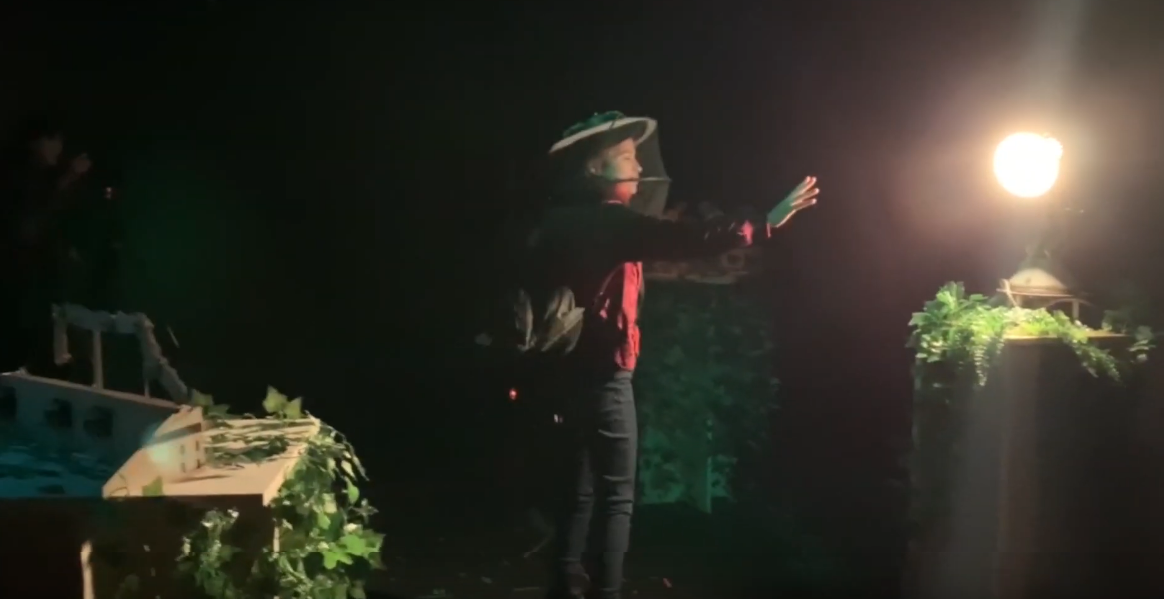 Spotlight (AKA: Disruption) was an art installation that explores the relationship between humans and their environment by means of a robot observer. Visitors wearing gardening hats were allowed to enter a garden scene, with three abstract animatronic Creatures. The centerpiece was a mechanical Lamp, which would periodically observe the robotic Creatures in its garden. Visitors could walk calmly through the scene, but being too aggressive would disturb the Lamp causing it to shine oppressively on the intruder.

Spotlight explores the intrusive role we often play in our environments, as well as the powerlessness of that environment to respond. The Lamp shines a light on it’s disturbers, but it’s ultimately up to them to decide how to respond. 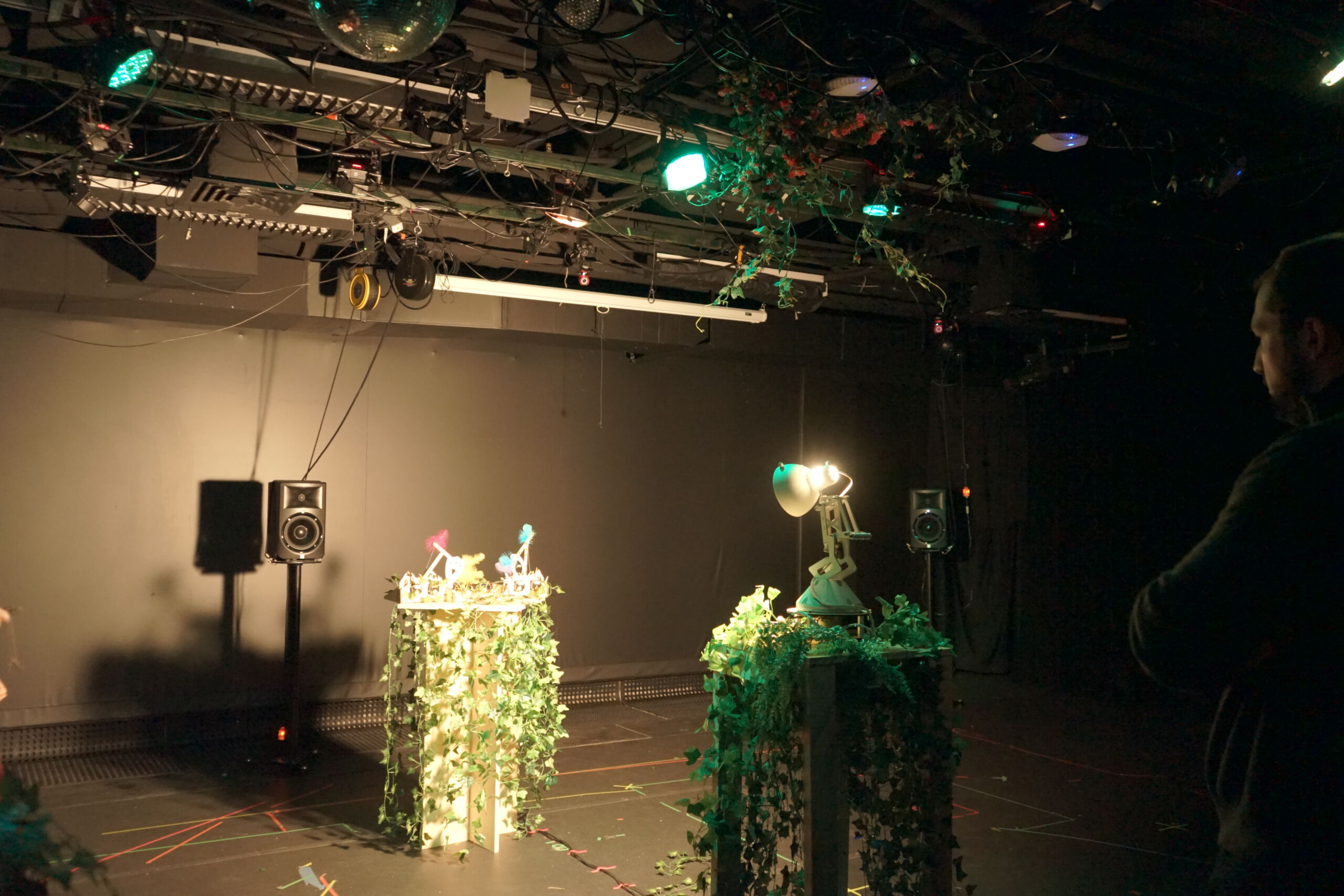 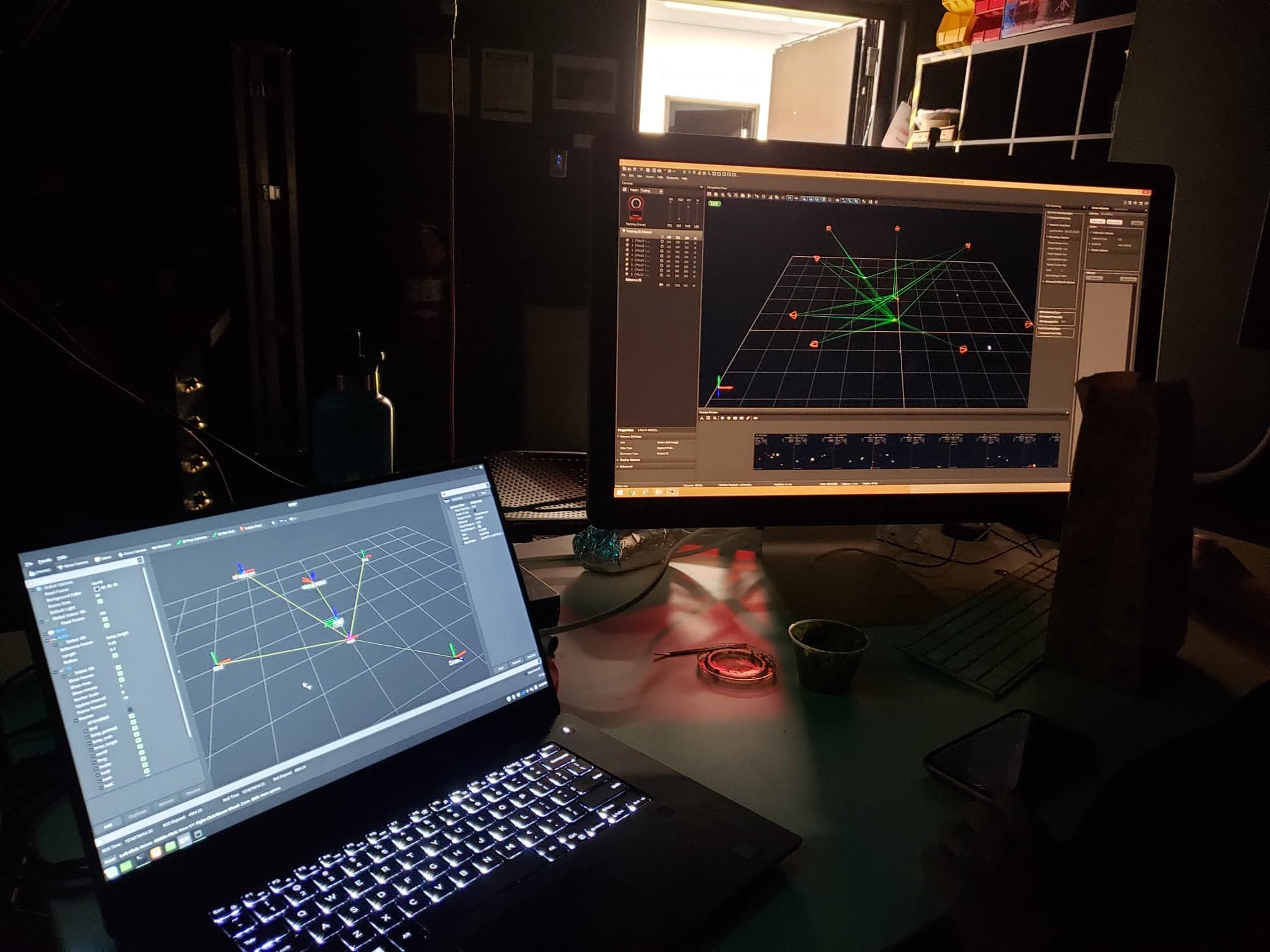 I was the software and motion lead on Spotlight, and implemented all software and kinetic behaviors of the Creatures and the Lamp. Spotlight’s software was implemented using ROS for python. There were several key components to Spotlight: 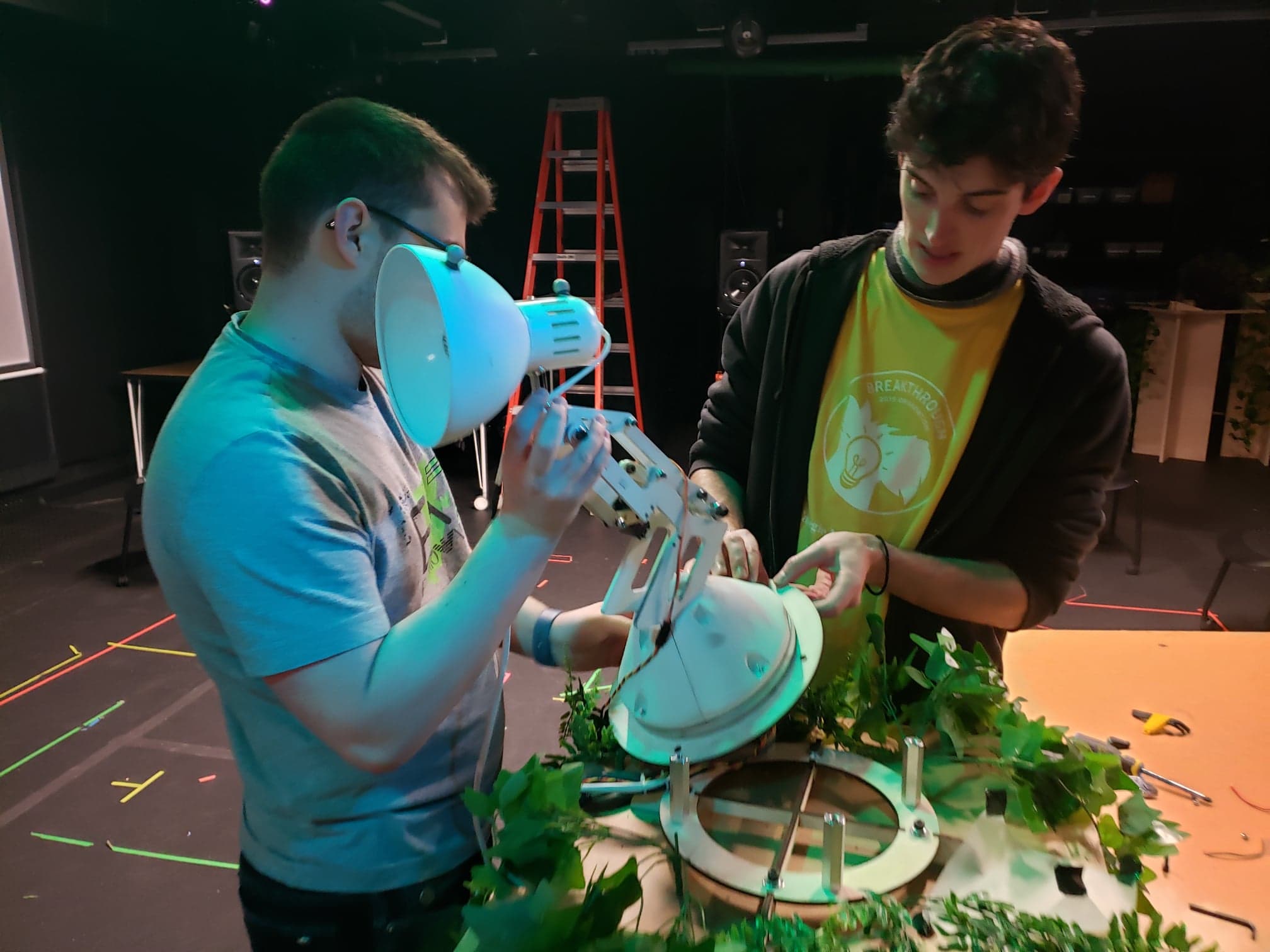 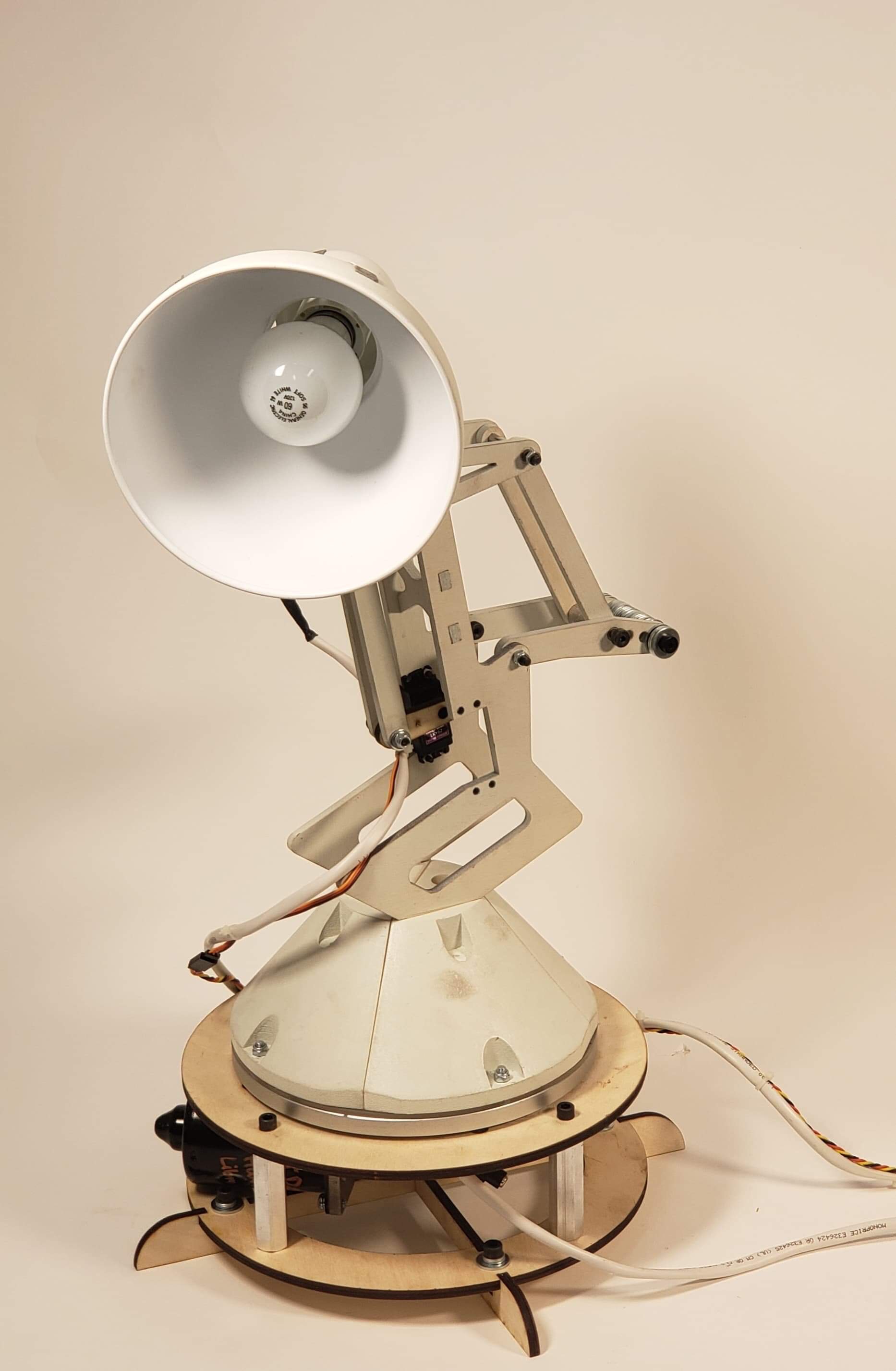 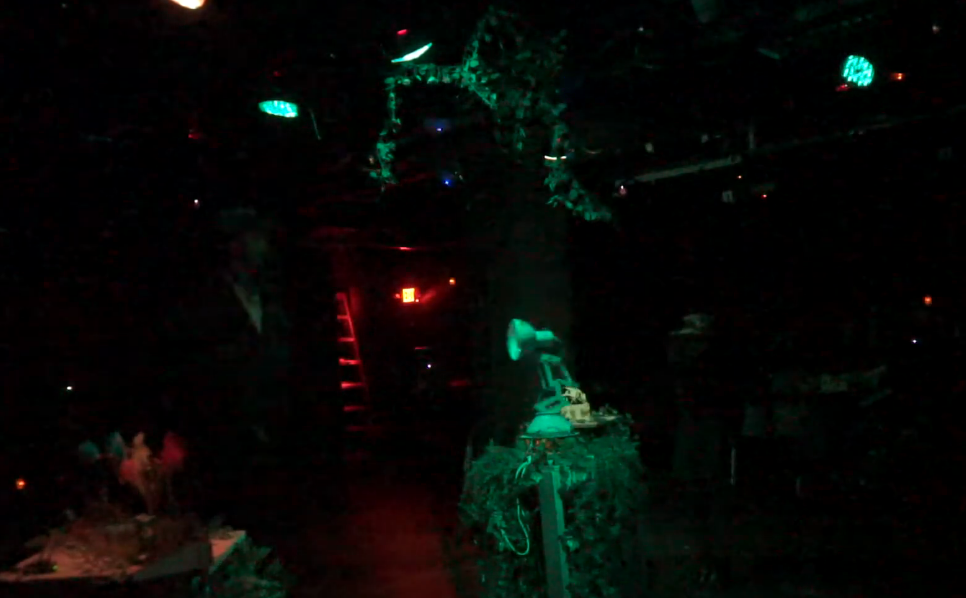